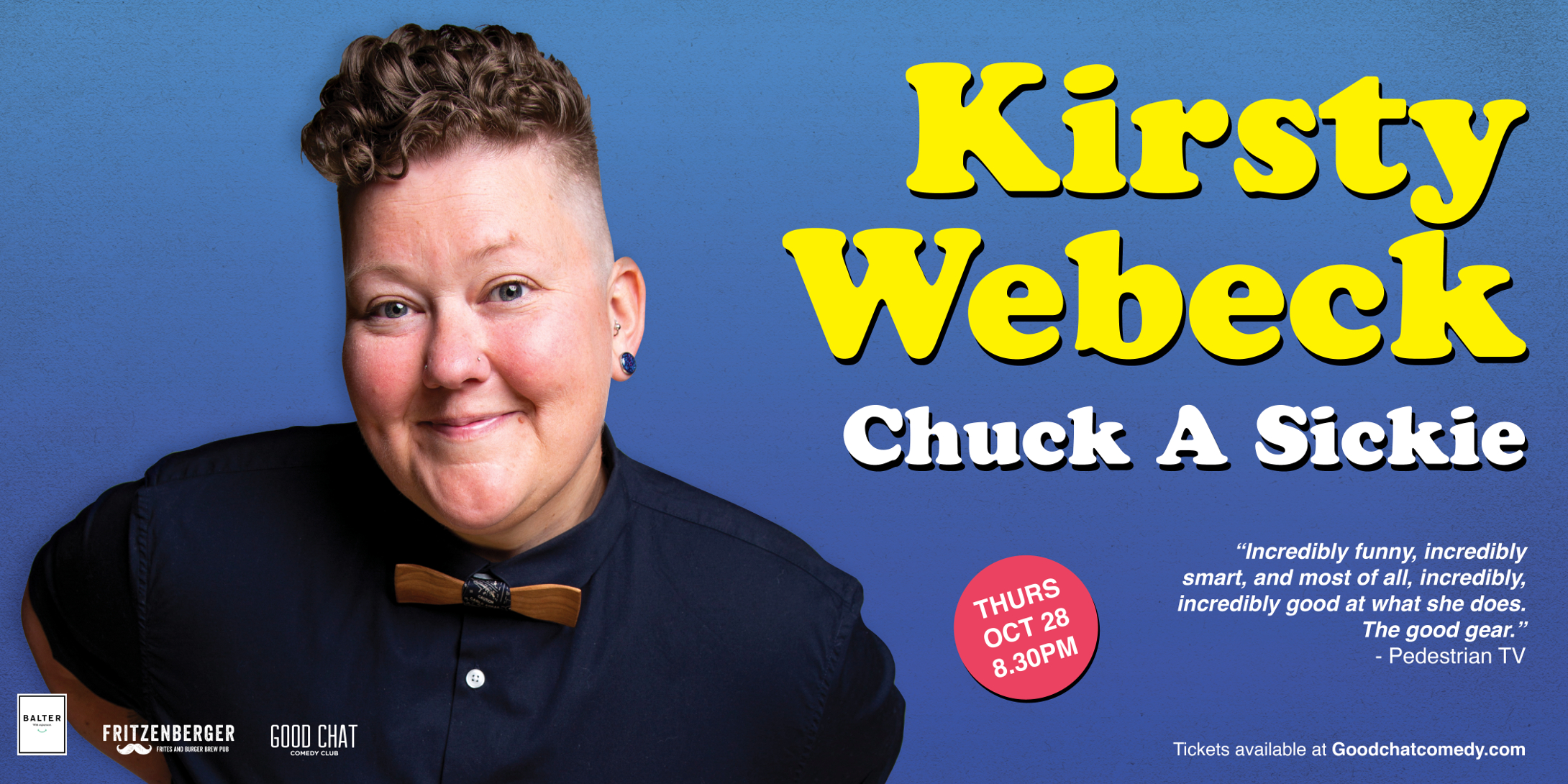 Kirsty Webeck has been busy. In 2020 she was seen hosting the comedy stage at Falls Festival in Byron Bay, telling jokes on The Standup Sessions and serving up sausages on Network 10’s How To Stay Married. She was also heard regularly on ABC radio and starred in Tegan Higginbotham’s popular radio play ‘Red Hot Australian Christmas’. On top of all this, she also recently joined the team at Broad Radio as a co-host.

So far in 2021, she’s had her debut performance at the Melbourne International Comedy Festival Opening Night Comedy Allstars Supershow, performed at Comedy Up Late for Audible and had a massively successful season for Chuck A Sickie at the Comedy Festival.

Despite all of these adventures and the hustle and bustle of lockdown, she’s managed to write a brand new show and YOU’RE invited to come!

Too busy at work to get to the show? Just chuck a sickie!

Kirsty is an unrivalled storyteller and her stage presence and upbeat energy have secured her a spot as an increasingly popular fixture on the Australian comedy circuit.

‘You would need a heart of concrete not to be won over by her sunny affability, which pours out of her at the same rate as her one-liners, both on and off the stage.’ The Age

‘Not long ago I would’ve said that Kirsty was an up and coming comedian to watch, but she’s no longer up and coming. She’s there.’ Squirrel Comedy