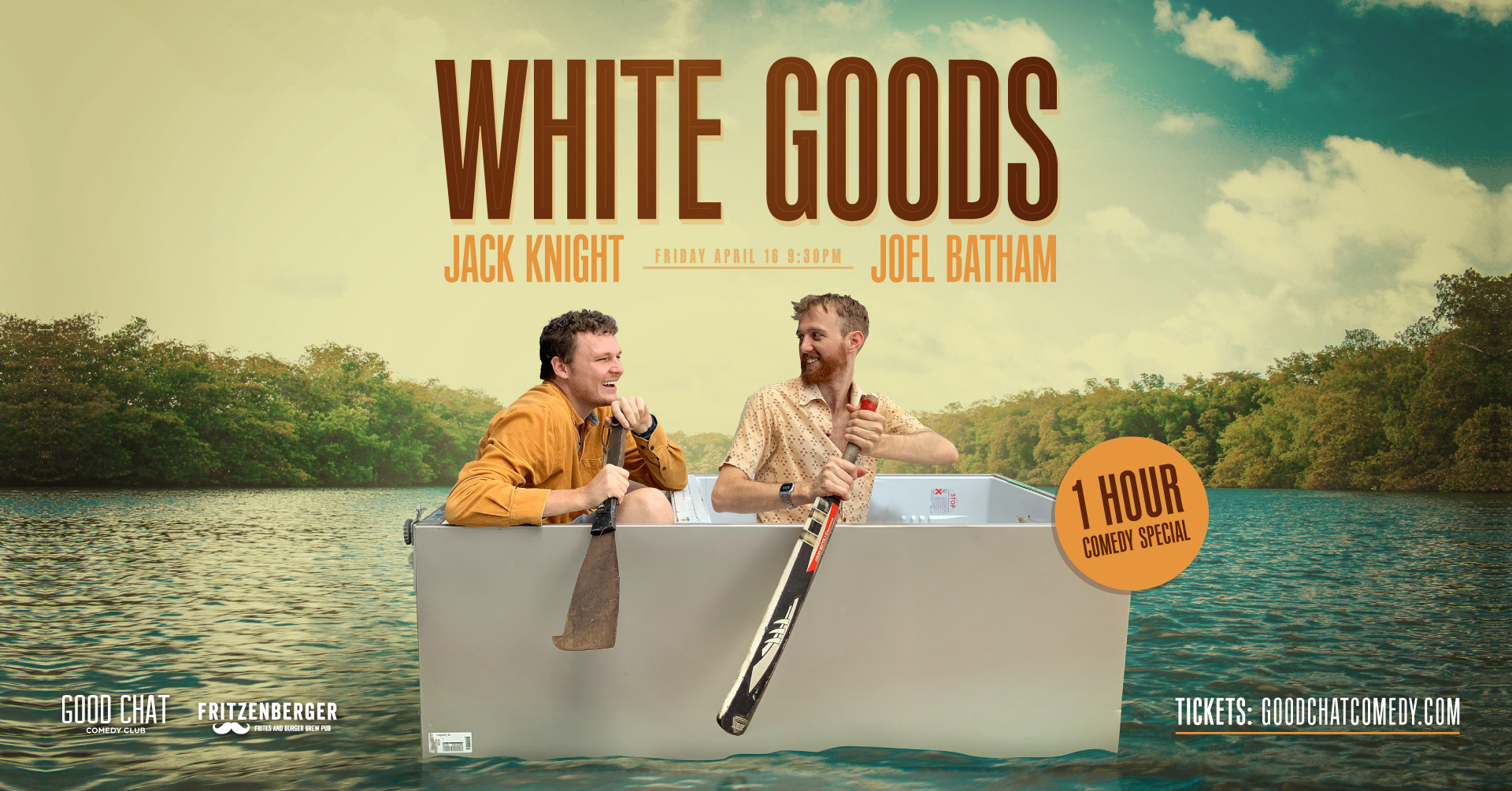 ‘White Goods’ is a stand-up comedy show featuring two absolute psychos willing to share far too much about their personal lives to serve the noble cause of making you piss your dacks laughing.

Joel Batham has been developing his unique style of comedy in Brisbane’s stand-up scene since 2013, and been described as ‘charmingly hilarious’ and ‘hilariously whimsical’ by Weekend Notes and Scenestr respectively.

Jack Knight has been doing comedy since 2018. A unique mix of surreal whimsy and unerring rage has earned him a lifelong ban from hobby farms and a reputation of being hard to be around.