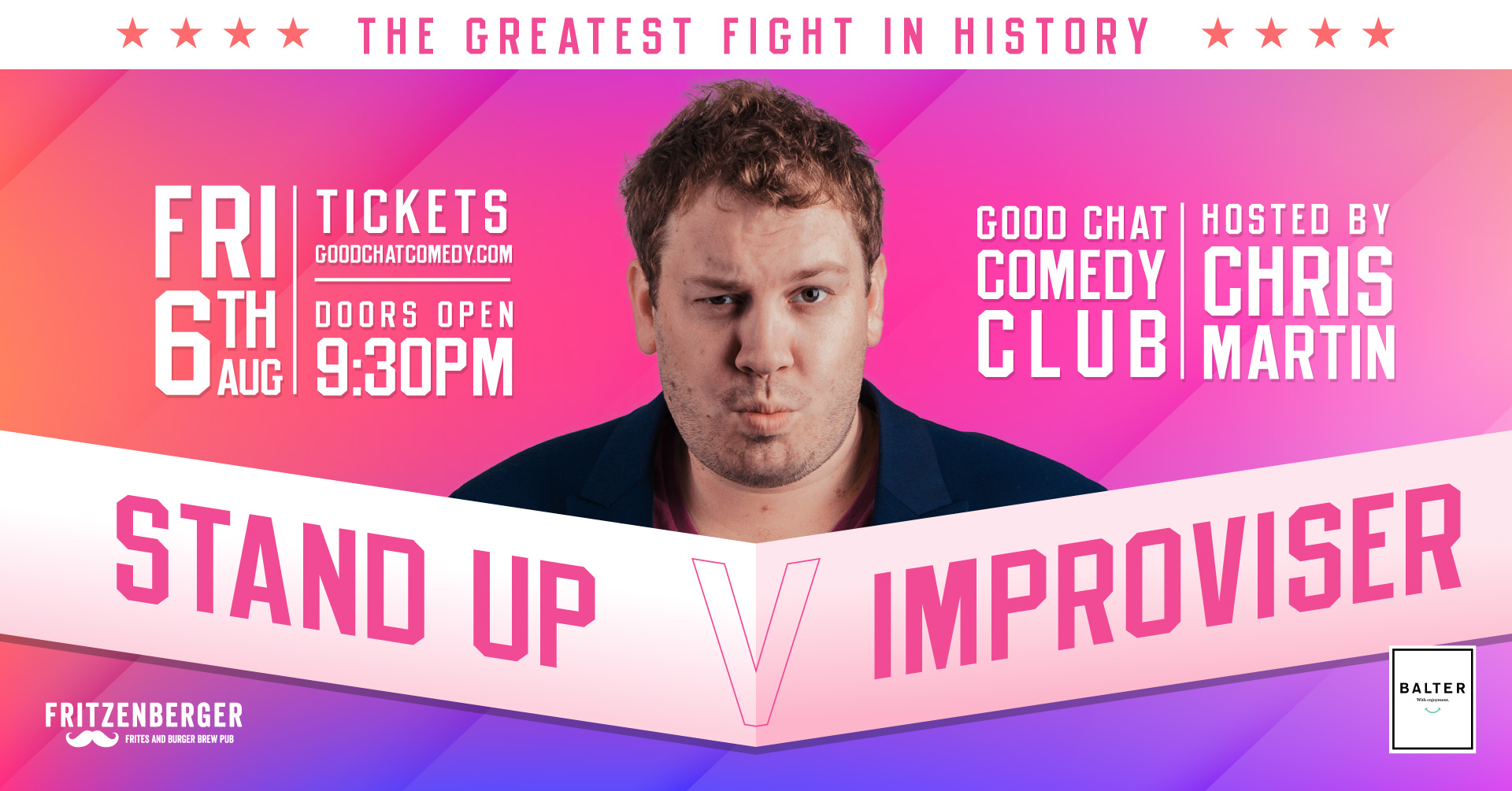 Welcome to the comedy battle of the century – two stand-up comedians and two improvisers enter the ring, but only one team leaves… victorious!

The feud has gone on long enough. Finally, a game show will determine, once and for all, who is better at comedy: the stand-up comedians OR the improvisers. It’s comedy’s answer to the UFC, if the UFC had weaker funnier people fighting…

Join host Chris Martin as he puts the best comedians through their paces in order to win the coveted comedy crown.

Team Stand Up took the win last time so Team Improv will be out for blood!