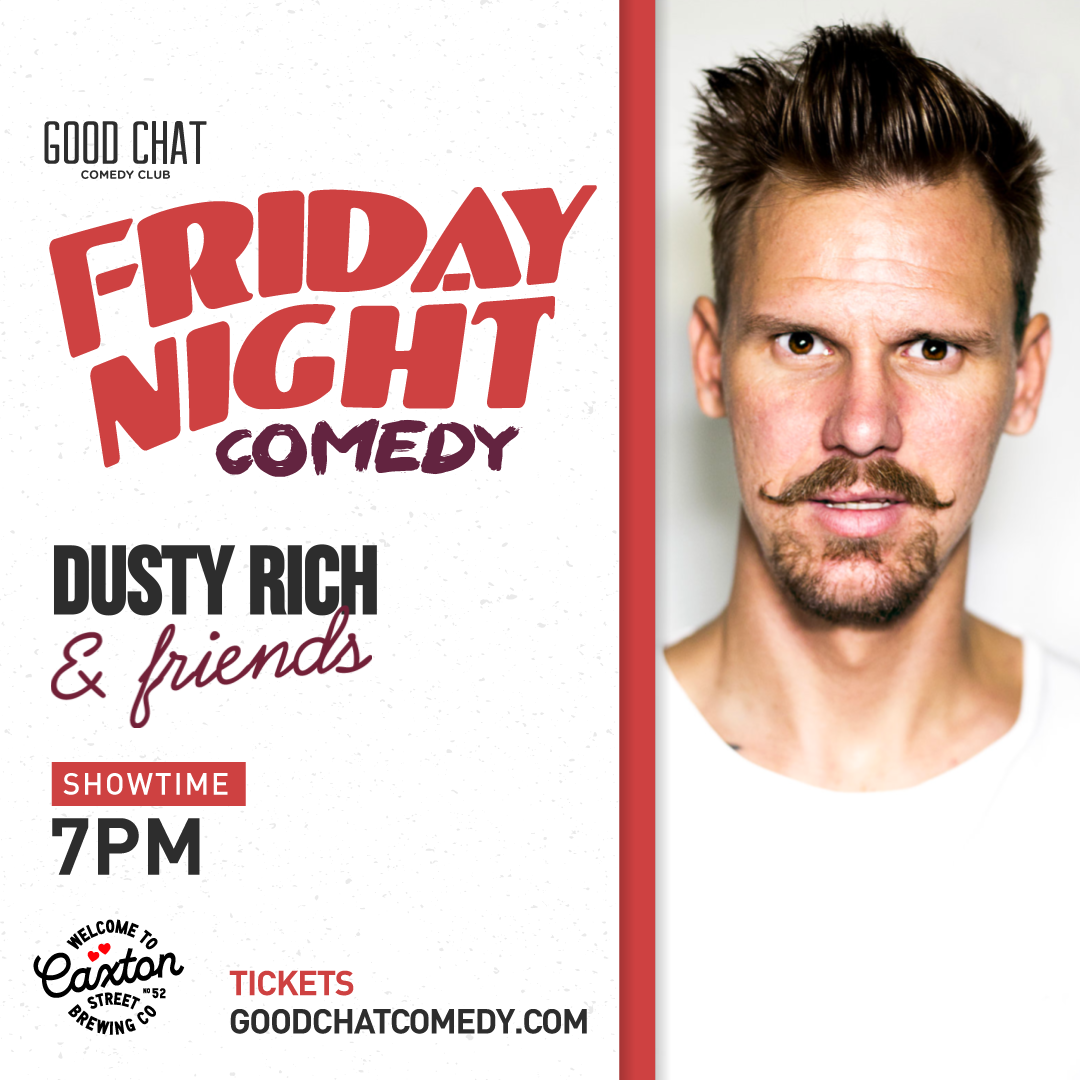 Buy Tickets
Kick off your weekend with an evening of comedy at Brisbane’s cult favourite comedy destination, Good Chat Comedy Club!
Spend your Friday night the right way, with an evening of laughs at Good Chat Comedy Club on Caxton St! Located inside a gorgeous, heritage-listed, purpose-built comedy club, hidden below Caxton St Brewing Co. , come see why Good Chat has earned its cult status in the Brisbane comedy scene.
Blow the froth of a few schooners, rip the lid off a few tins, and get stuck in for an evening of comedy heavy-hitters. This week is hosted by staple of the Brisbane comedy scene, Rhi Down , and headlined by South Africa’s most manic export, Dusty Rich!
Featuring brilliant support acts, you never know who might drop in. It’s the perfect way to kick off your weekend x