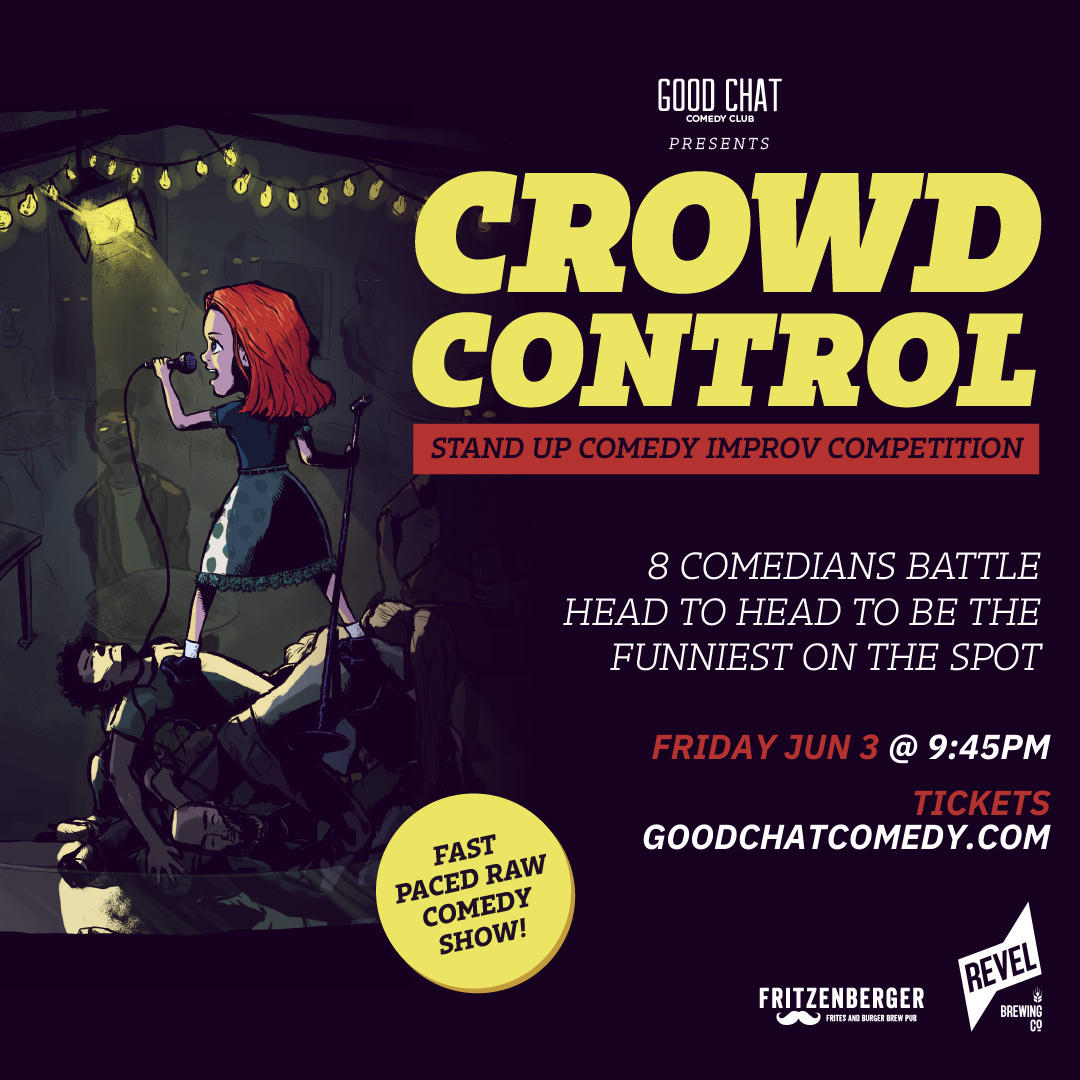 Buy Tickets
Crowd Control is an improvised night of stand-up comedy unlike any other! Witness eight comics battling it out on stage with no safety net.
Join the crew at Good Chat Comedy Club for a night of comedians putting their crowd work skills to the test, battling it out on stage to take home the top spot and a cash prize! With nothing prepared and nothing written, witness some of the best comics from Brisbane and beyond get put to the test.
Come witness the soaring highs and crushing lows of comedy’s trickiest artform, with the audience as the canvas! Get involved in a truly unique show every time x