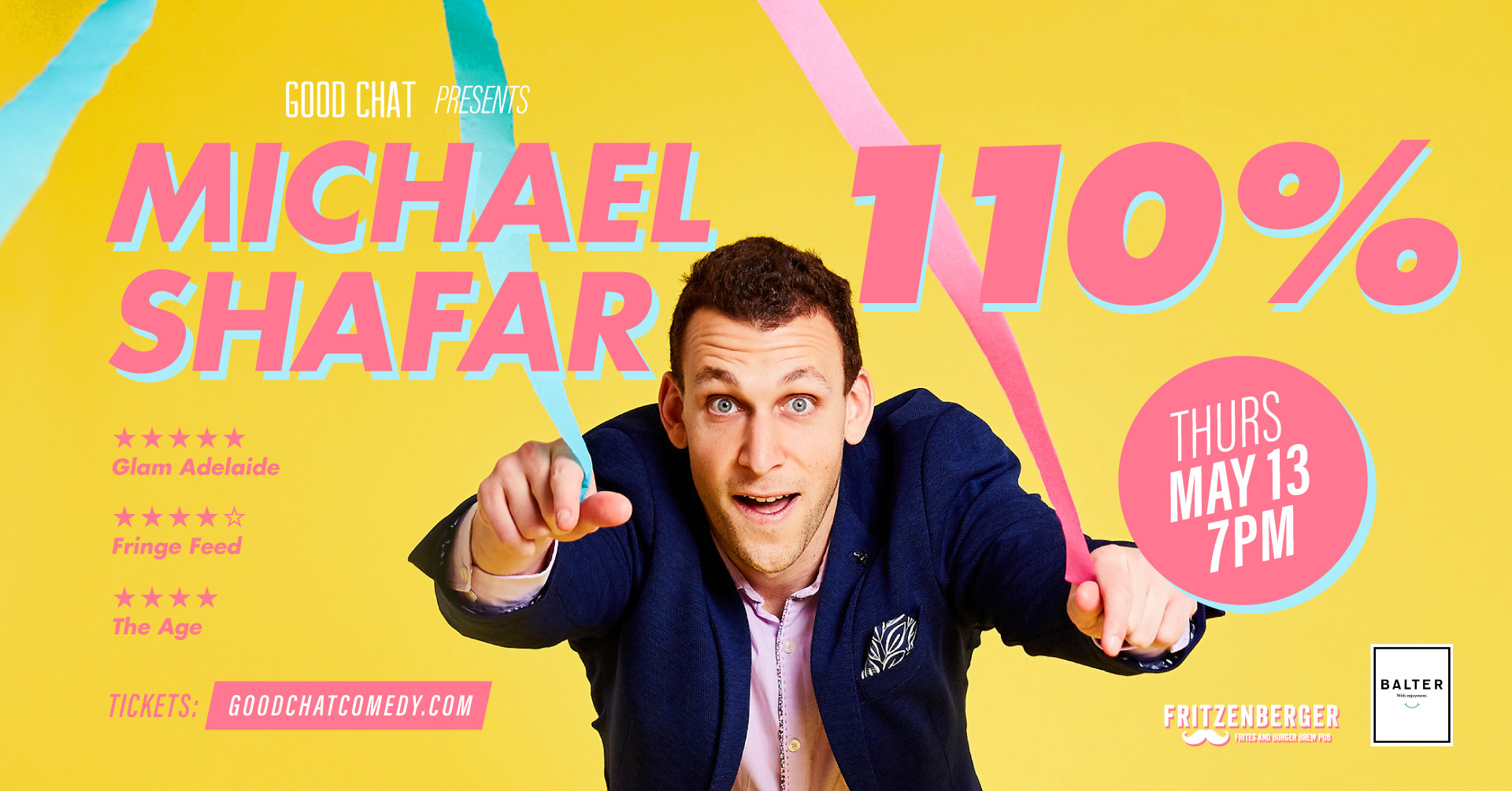 There’s a reason Michael Shafar is one of the most exciting new comedians in Australia right now and has sold out at the Melbourne International Comedy Festival since his debut in 2017.

This year he’s back to give 110%. Neither a pandemic nor cancer have been able to stop him from getting back on stage in his home town.

‘Personal and conversational… a no-holds barred insight into his relationships, life and experiences. ★★★★’ Adelaide Advertiser

‘Laugh out loud gags from the very beginning of the show to the final moment. ★★★★’ Fringefeed