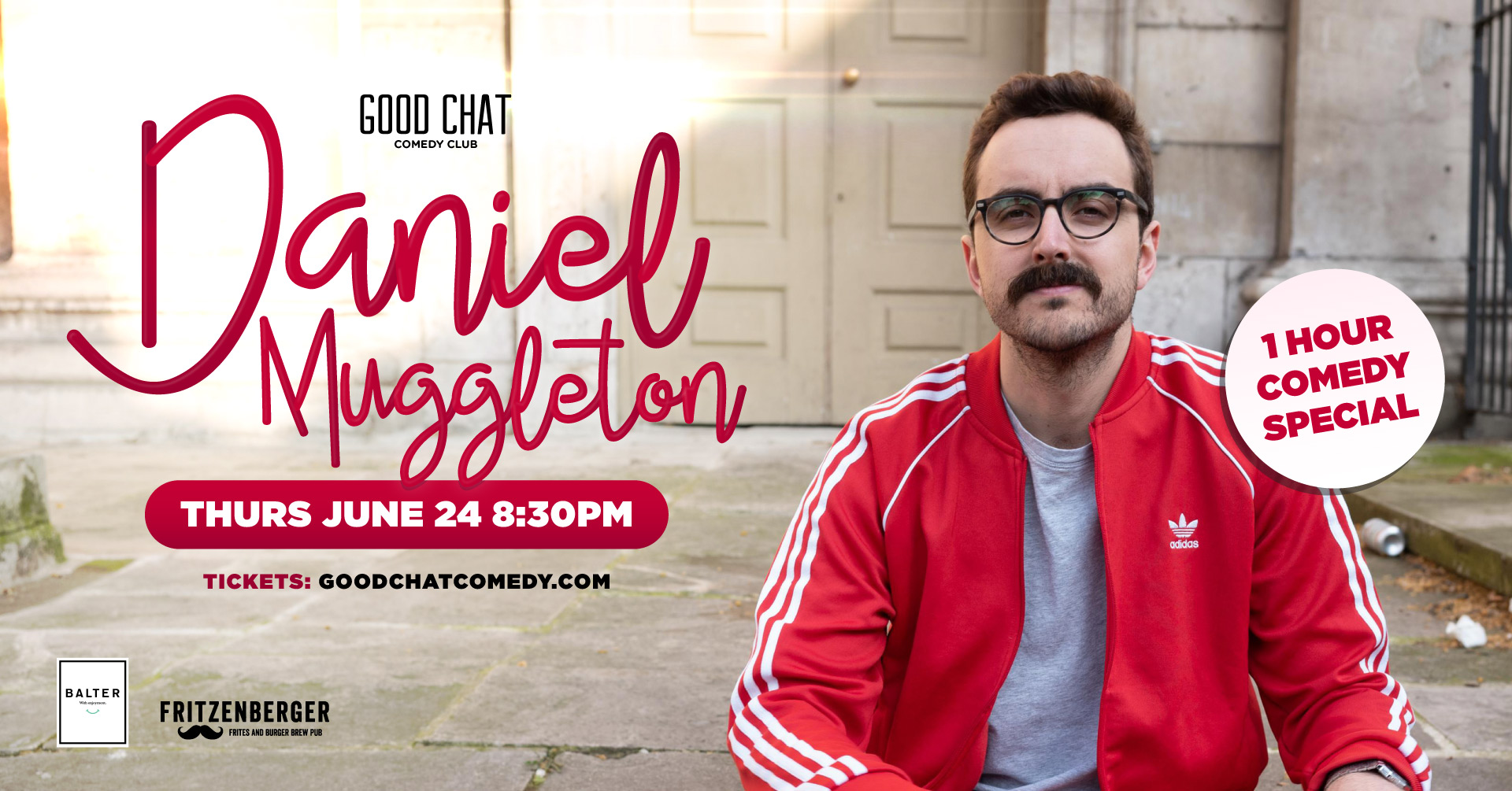 Daniel Muggleton has been called ‘a deceptively sharp social commentator in a tracksuit’ by The Scotsman, and ‘a foul-mouthed prophet’ by The Advertiser. A deceptively sharp, informed social commentator in a tracksuit. Daniel Muggleton’s debut special ‘Let’s Never Hang Out’ aired on ABC Comedy, and is now streaming on Prime Video, he has supported Jim Jefferies, Neel Kolhatkar and Steve Hofstetter on tour.
He’s also received critical acclaim at comedy festivals around the world, being selected as one of ‘Four Great Free Fringe Shows’ by The Scotsman at Edinburgh Fringe 2019, and 5 star reviews at comedy festivals around the world. He’s performed at the End of the Road, Tramlines and Pigsty in July music festivals, headlined comedy clubs in the UK, Australia and Europe and his stand-up clips have millions of views online across Facebook, TikTok & Instagram.
Off-stage, he’s appeared on The Feed (SBS) and The Checkout (ABC) and is half of ‘Ask Us Everything with Steve Hofstetter & Daniel Muggleton’, a cult podcast on Zoom. He’s also a regular at Nowhere Comedy Club, the world’s first digital comedy club, having opened for Mike Birbiglia, Todd Barry and Sam Morril.
Press for Daniel Muggleton:
‘A foul-mouthed prophet’ ★★★★★ – The Advertiser
‘The calling card of a comedian with something special is the ability to find truth amongst the laughs’ ★★★★★ – WeekendNotes
‘Not a 6pm comedian’ ★★★★ – The Age
‘A genuinely exciting talent.’ ★★★★ – Chortle
‘Wickedly enjoyable’ – British Comedy Guide
‘Mastered the Art of Crafting a Joke” ★★★★ – Radio Haha
‘A Real Talent on Show’ ★★★★ – ShortCom
‘Wickedly Close-to-the-Bone Humour’
+ Google Calendar+ iCal Export