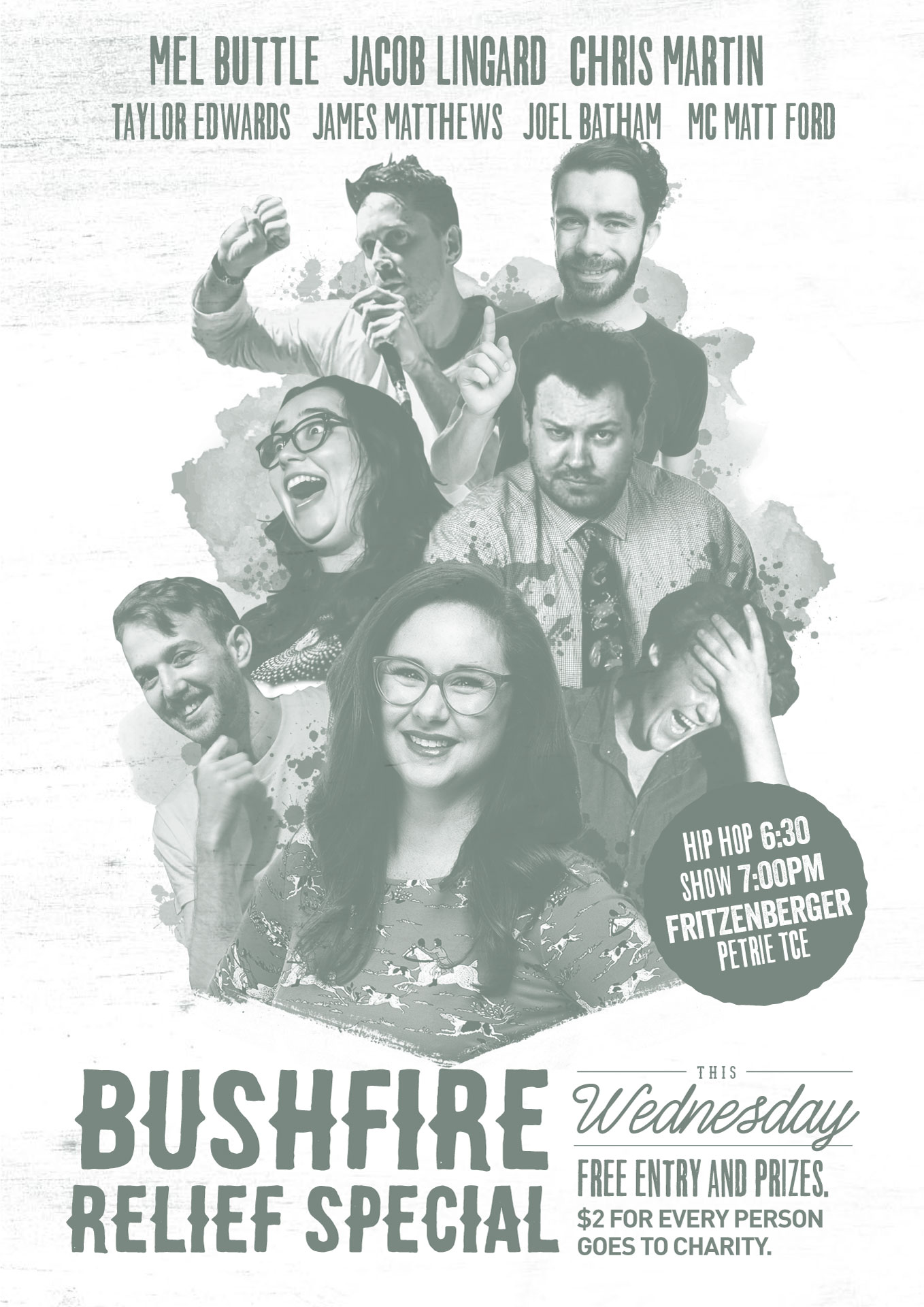 The boys are back this week for another Wednesday night full of nonsense, alongside one of our favourite regulars, Matt Ford. This show we’re going to be giving back a little, by donating $2 per person through the door from our own pockets to Vinnies Disaster Appeal. After the devastating past few weeks Queenslanders have had, we’re getting behind a good cause.

Good Chat Comedy Club is Brisbane’s answer to a question that was never asked, with each show inviting the audience into the world of open mic comedy flipped on its head. Each Wednesday join the team for the most chaotic comedy night Brisbane has to offer, where nothing goes to plan and nobody sobers up.

We’re have all your favourite Good Chat features;
– THE SPINNING WHEEL THING
– READ A JOKE / GET A PRIZE
– MORE DUMB SKITS

Merch on sale, with proceeds going to charity also!

FREE ENTRY. Doors and hip-hop from 6pm – get in early to nab a table, and knock back a few before the show.