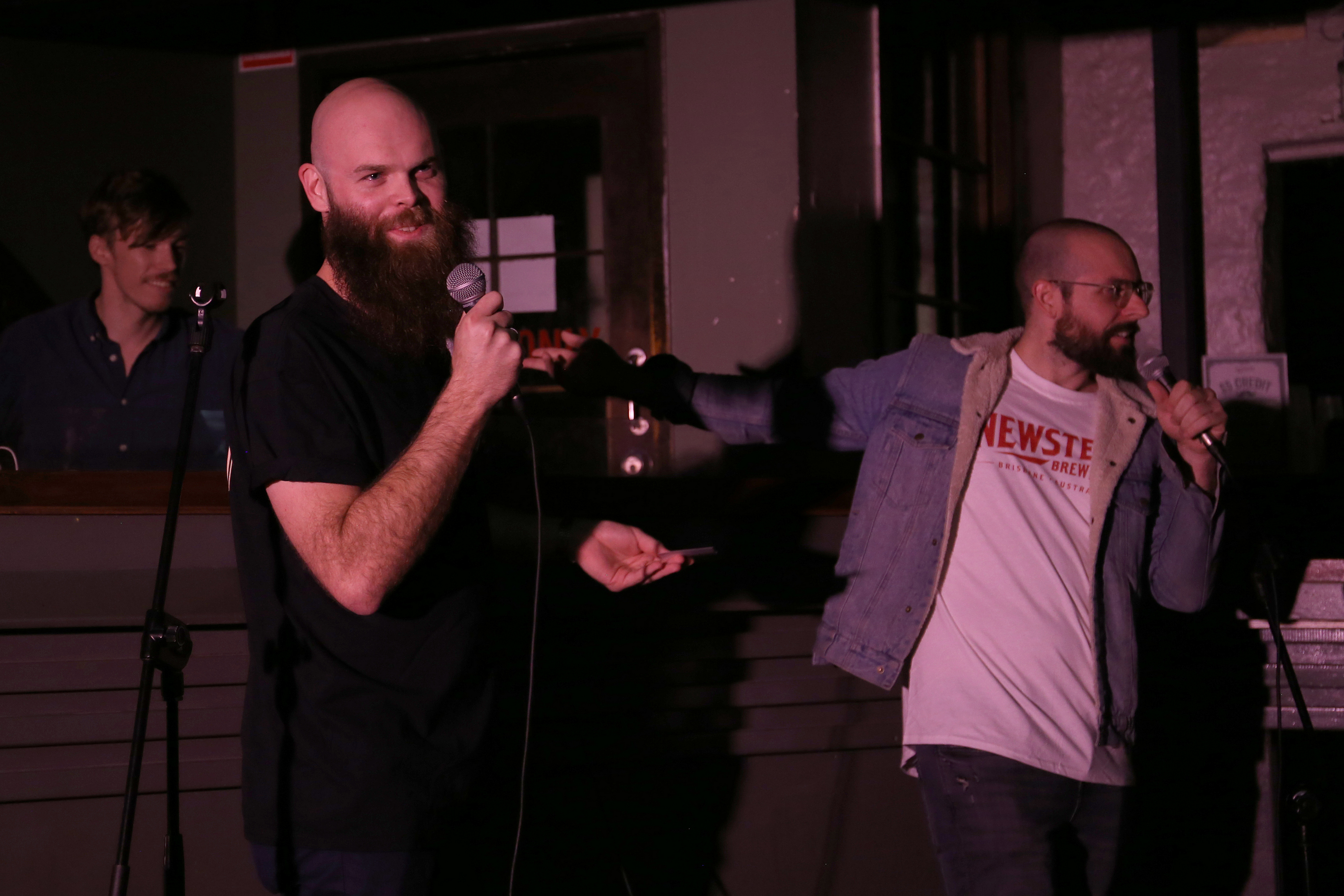 Good Chat Comedy Club is a Brisbane-based comedy collective, focused primarily on event curation/management and show-running in the local scene and interstate. We pride ourselves on giving our audiences a unique experience they won’t forget, and providing a platform for both established and up-and-coming acts alike to perform in a beautiful, curated space.

Good Chat was established in 2017 by three avid comedy fans dedicated to creating something that would stand out from the pack. We’ve quickly built a reputation for no-holds barred comedy shows, featuring the best of Brisbane’s up-and-coming comic talent, held weekly at Fritzenberger on Caxton St. Since 2018, the team has also teamed up with acts from all across the country to bring some of Australia’s best comic talent to Brisbane audiences.

We think of Good Chat as a comedy house party, where audience involvement is not only welcomed but encouraged. As well as featuring Brisbane’s best comics, each show has off-kilter skits, recurring segments, outrageous audience interaction, and prize giveaways. We have worked such sponsors as Stone & Wood, Young Henrys, Newstead Brewing Co, and Balter Brewing Company, in order to make sure both our acts and audience alike are well catered to. It’s safe to say that each Good Chat show has resulted in a lot of good times, and a lot of bad hangovers.