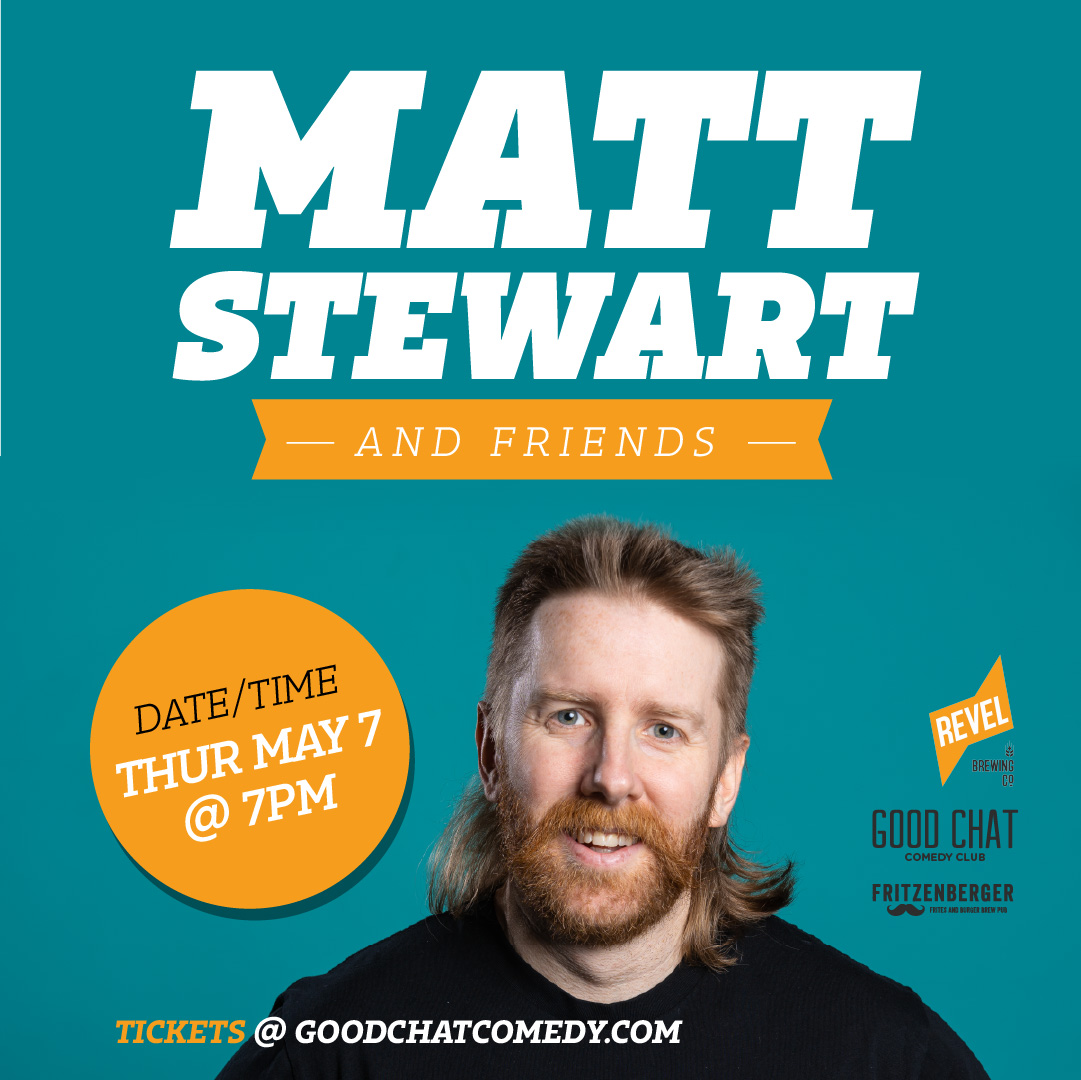 Buy Tickets
Join the crew at Good Chat Comedy Club for a night of brilliant comedy with comedian Matt Stewart and some of Brisbane’s best support acts!
Matt Stewart is an award-winning Melbourne based comedian, writer and actor. He has been writing, directing and creating comedy since 2009.
​In 2013 Matt started performing stand up comedy, quickly hitting his stride and winning Australia’s largest open mic stand-up comedy competition, RAW Comedy, in 2014. He has performed sell out shows across Australia and the UK since 2015.
​Matt also co-hosts the popular AACTA award nominated podcast, Do Go On which has had millions of downloads from fans across the globe.
Fresh from the Melbourne International Comedy Festival, Matt returns to Brisbane with all new material featuring support from some of Brisbane’s best stand ups.
“There are few comics in Australia that have the kind of innate sense for laughs that Matt Stewart has. On the dartboard of comedy, he’s a straight-up 180.” – Pedestrian.tv