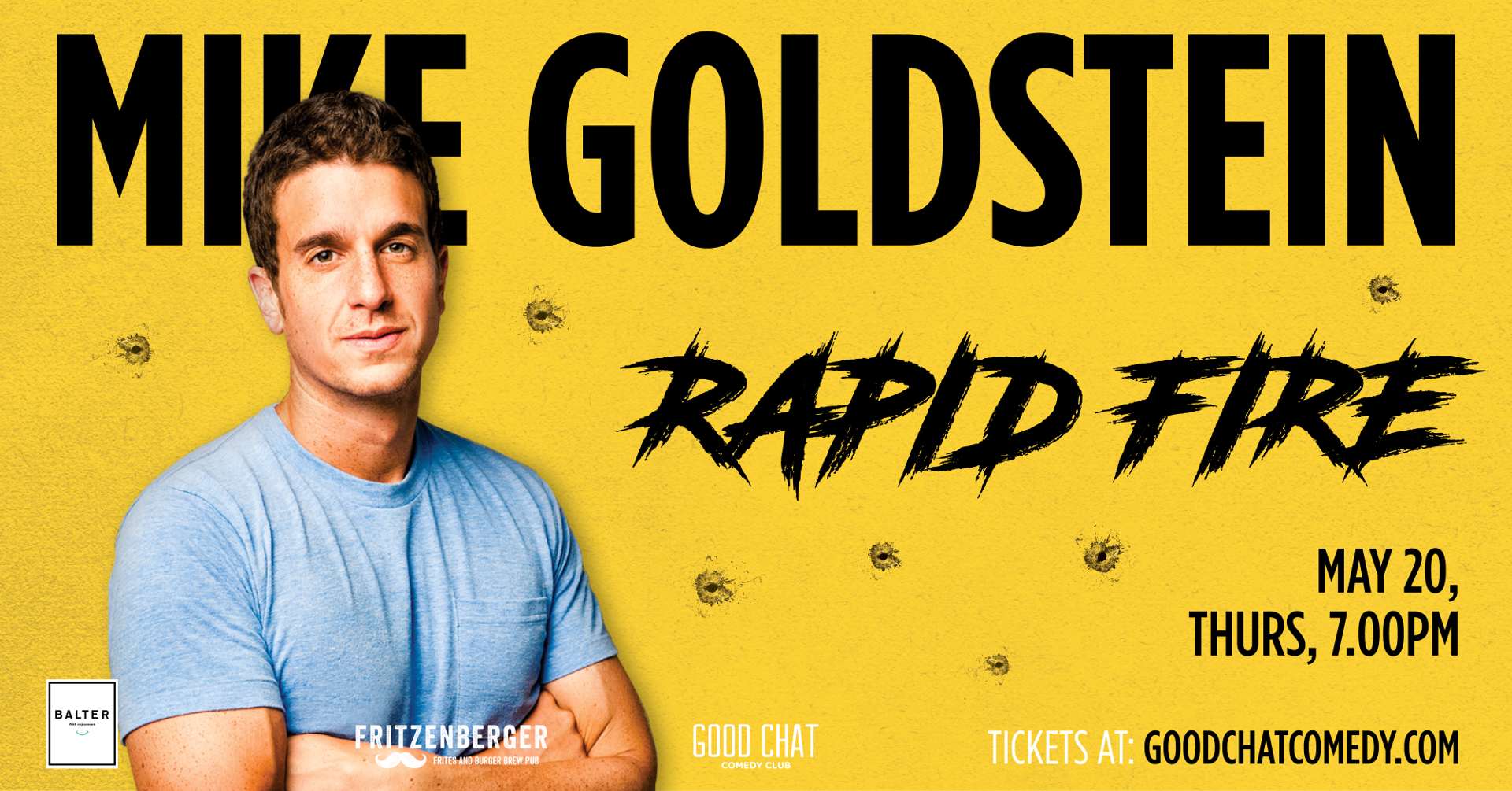 America’s Mike Goldstein has done it all: toured all over Australia and abroad, appeared on ABC’s Tonightly, opened for legends Doug Stanhope, Tommy Tiernan and Jim Jefferies and been a finalist in RAW Comedy, Green Faces & Catch a Rising Star in NYC. It’s a helluva CV for a guy who now calls Melbourne home. He’s a natural with rapid-fire jokes and we’re stoked to have him grace the stage at Good Chat Comedy Club! x