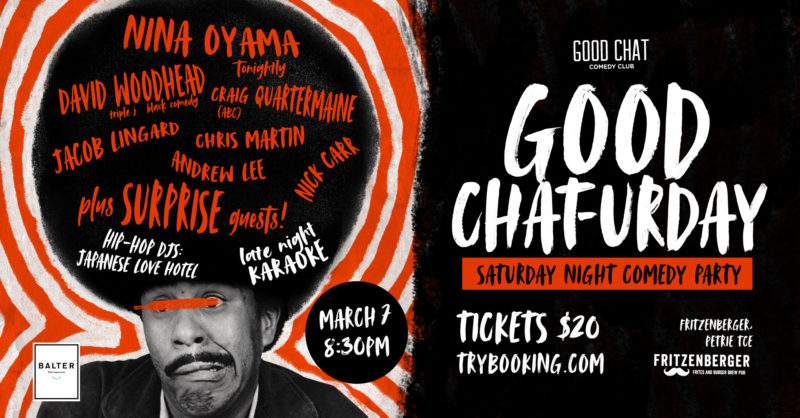 Good Chat Comedy Club and FritzenbergerBNE present a very special night of comedy, with our very first Saturday night late show.
Brisbane is absolutely buzzing right now with festival vibes. Plenty of touring comedy acts are in town performing their shows as part of Brisbane Comedy Festival. We’re getting in on the action, and we’ve planned a late night comedy show to fire up your Saturday.
Join the team downstairs at Fritzenberger for a night of beers, burgers, and absolute mayhem, as we showcase the best of both local and touring comics in Brisbane. You never know who might turn up!
Pick up your tickets now!